Skip to content
It’s sort of shocking that a series of left-wing riots around the nation followed by a right-wing riot at our Capitol building haven’t caused much self-reflection among the policymakers in Washington. It’s convenient to think this is just some tiny group of crazies or this is all going to blow over. We have been thinking that way for years now. It’s not true. Our once-great country is in a huge slide. Too many fellow citizens are hurting. Too many communities around the country are shells of their former vibrant selves. All this is a screaming wake-up call for change, yet we don’t have any serious efforts underway to reform our system.

The most telling data point on the Jan. 6 Capitol riots was published this week by The Washington Post. Nearly 60% of the people charged with crimes in the riots had a history of serious financial troubles, including bad debts, bankruptcies, unpaid taxes, evictions and foreclosures. Many of these people were once responsible professionals, and few had violent criminal backgrounds. What happened? That seems like the question we should all be asking, but nobody is. (RELATED: We Had Five Reporters On The Ground For The Capitol Hill Riot. Here’s What Really Happened)

Trump supporters clash with police and security forces as people try to storm the US Capitol on January 6, 2021 in Washington, DC. (photo by Brent Stirton/Getty Images)

In the aftermath of the horrible events that day, the media has focused intently on the QAnon conspiracy theory and the role of groups such as the Proud Boys. Those are worthy pursuits, but they are not actually the central challenge we face as a country. We have always had extremists of various persuasions, and we always will. The real question is why so many normal Americans are buying in. That question likely comes down to economics. When people feel like they have lost out economically — and especially when they feel like their future opportunities are limited — they lose faith in our system. That’s clearly what we are facing now. But it’s a lot easier for the media and those in power to pin the whole thing on QAnon craziness, and that’s what they are doing.

A New York Times investigation into court records found only 13 rioters with clear ties to QAnon. That means economic hardship was five times more prevalent than QAnon affiliation among those arrested at the Capitol. We are chasing for the easy answer because the real problem is too difficult to address.

What to do about the economic bifurcation of our country is a hard question. Our capitalist system has produced amazing growth and a standard of living that is still head and shoulders above most of the world. We have also enjoyed a multidecade period of relative peace and tranquility that is rare by historical standards. We should be really careful before making changes. Yet something is clearly off. Our system is no longer working for huge swaths of our country. Our corporate elite are thriving like never before, while a bunch of Americans are financially stagnant, or worse. It’s just not sustainable.

Washington, contrary to many people’s beliefs, is full of a lot of very decent and talented people who try to do the right thing (with some exceptions, of course). The problem is Washington has collectively and increasingly grown out of touch with much of America. On the Republican side, especially — the side I know best — the general presumption has been that policies that benefit business are policies that benefit America. These policies generally promote economic growth by creating jobs and wealth. It’s a sound idea. But what happens when large businesses become less American and more global? What happens when business growth or profit is more dependent on a market like China’s than on our own? Do the policies that help businesses thrive in China necessarily benefit everyday Americans? These are questions we have not adequately addressed.

These questions have become more urgent as Washington has become more defined by the needs of the financial and multinational companies that dominate it. With the majority of those leaving Congress, and the vast majority of highly influential senior congressional staff, now going into this booming influence industry, it’s reasonable to ask whether public service is becoming, for many, just a tryout for a lucrative career in the influence business. We are well past the days when John Adams and George Washington returned home to their farms. Nobody leaves any more. It’s a real problem. 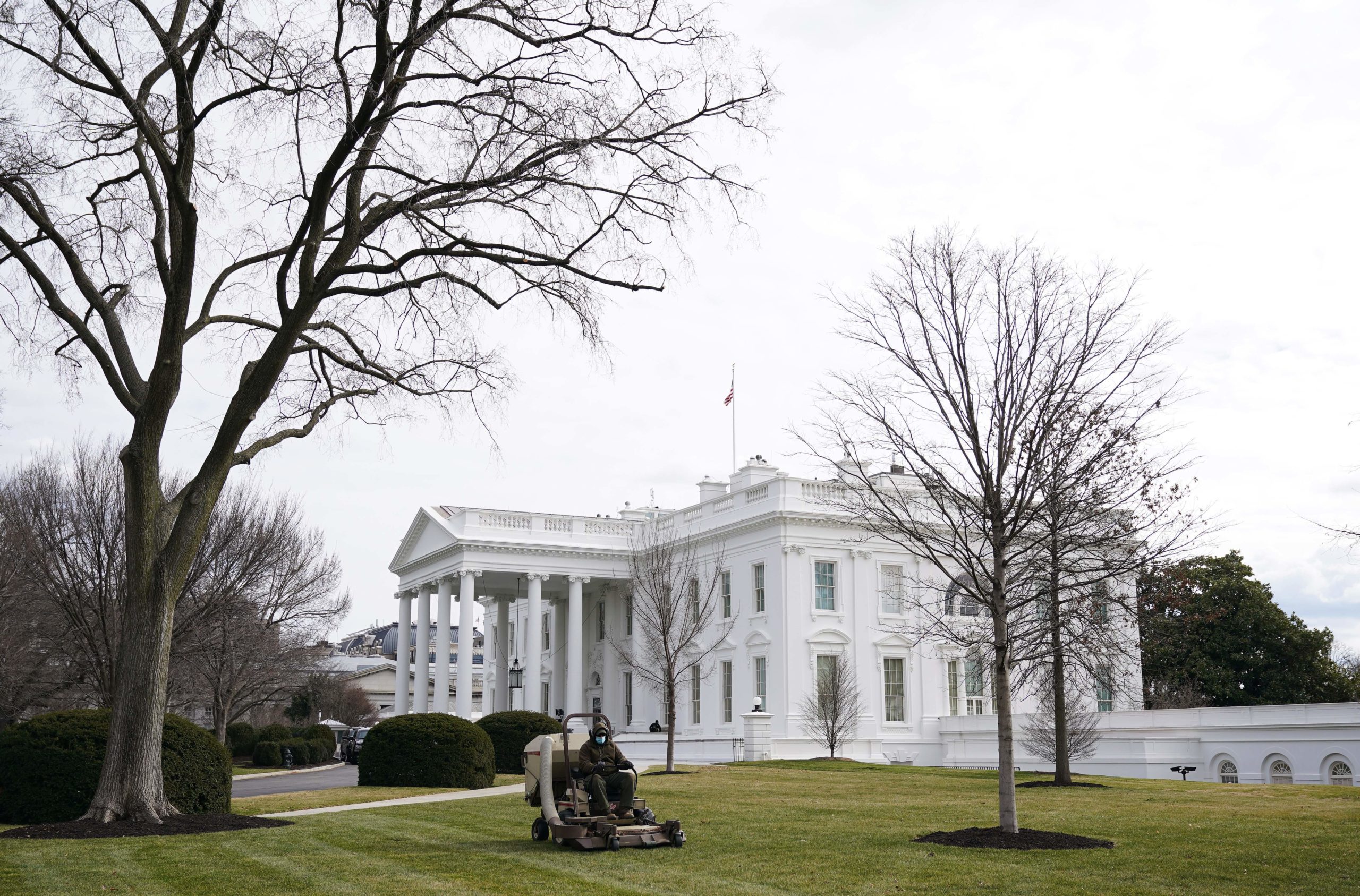 A National Park Service worker mows the lawn at the White House in Washington, DC on January 18, 2021. (Photo by MANDEL NGAN/AFP via Getty Images)

Solving these problems is not easy. Hasty solutions may do more harm than good. We still have a lot to lose. But if anyone doesn’t see these past few years, and especially these past few months, as an urgent wake-up call, then it’s not clear they ever will — certainly not before it’s too late.

For starters, we need to face the reality that Washington policy is too tied to multinational corporate interests and too divorced from everyday American realities. The opioid crisis completely ravaged huge swaths of our country before anyone in power even took notice. That doesn’t happen in a well-functioning political system. It’s easy to make fun of the crazies — and there were a lot of them at the Capitol on Jan. 6 — but we should instead use this wake-up call to look inwardly at our government and how it can better serve the needs of regular Americans.