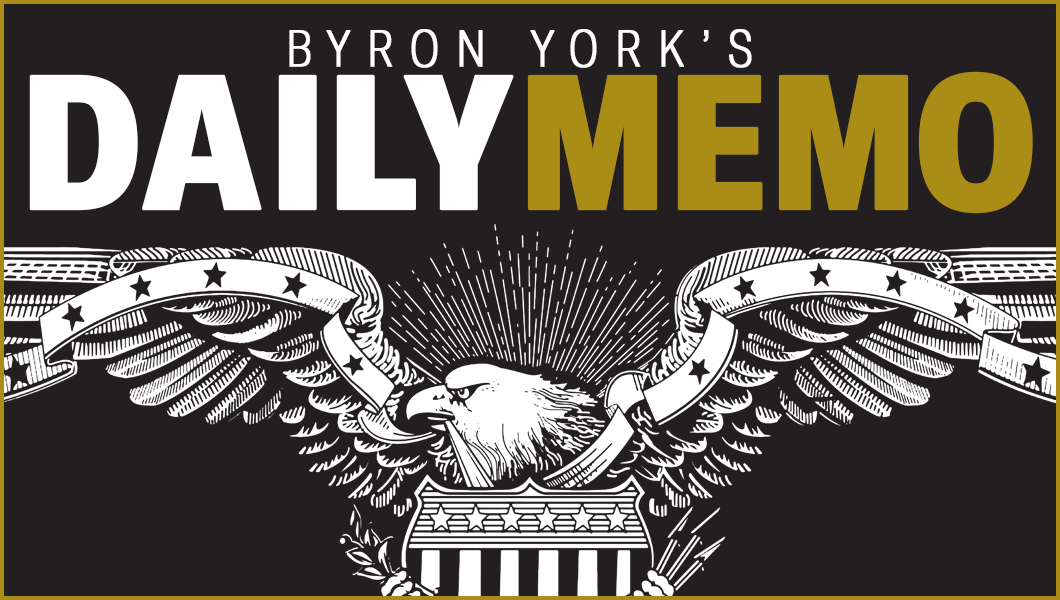 FROM DELTA, A LESSON FOR WOKE CORPORATIONS. Atlanta-based Delta Airlines is taking it from all sides for its latest jump into politics, specifically the company’s stand against the new Georgia voting law. Its experience could be a lesson for CEOs who pander to political activists.

The issue blew up Wednesday when Delta chief Ed Bastian issued a statement declaring that Georgia’s new law is “unacceptable.” “I want the entire Delta family to know that we stand together in our commitment to protect and facilitate your precious right to vote,” Bastian wrote. “I need to make it crystal clear that the final bill is unacceptable and does not match Delta’s values.”

A lot of the reaction could be characterized as: Who asked him? Why is an airline executive — speaking for his entire company — jumping into electoral politics in Georgia or any other state? Shouldn’t Delta focus on, say, flying?

Subscribe today to the Washington Examiner magazine that will keep you up to date with what’s going on in Washington. SUBSCRIBE NOW: Just $1.00 an issue!

There was some serious blowback from Capitol Hill. “Delta Airlines CEO caves to the left with a false narrative about the new Georgia voting law, which actually expands voting opportunities,” tweeted Mississippi Republican Senator Roger Wicker. “He should be ashamed of himself.”

“This is exactly right,” responded Arkansas Republican Senator Tom Cotton in another tweet. “CEO folded under pressure and smeared the state of Georgia with lies about Georgia’s election bill.”

Florida Republican Senator Marco Rubio spoke to the company directly, at least through Twitter: “Dear Delta, You are business partners with the Communist Party of China. When can we expect your letter saying that their ongoing genocide in #Xinjiang is ‘unacceptable and does not match Delta’s values’???” On Wednesday morning, Rubio posted a video in which he said of Delta’s CEO and other woke corporate leaders, “They’re hypocrites — complete and total hypocrites.”

The backstory makes Delta, and Bastian, look even worse. Just last week, Delta released a statement praising improvements in the bill — on absentee voting, weekend voting, poll worker flexibility, and more. Even though Delta conceded that “concerns remain over other provisions in the legislation,” the assessment was basically positive.

The statement prompted some ugly blowback from the left. Former MSNBC anchor Keith Olbermann tweeted, “Do not fly Delta. Do not spend money with Delta. Boycott Delta. Ruin Delta.” The hashtag #BoycottDelta began to fly around on Twitter.

Talk of punishing Georgia grew. On Wednesday night, President Biden said he would “strongly support” moving the baseball All-Star game set for July 13 in Atlanta. “This is Jim Crow on steroids, what they’re doing in Georgia,” Biden said. The president has consistently mis-stated what is in the Georgia law. As Karl Rove outlines here, Biden has leveled three specific accusations against the law, and all three are false.

But it’s enough to make a CEO tremble in fear. And so Bastian issued his new statement to the “Delta family.” Then Georgia Governor Brian Kemp cut Bastian’s legs out from under him. Delta did engage in the legislative process, Kemp said, and “At no point did Delta share any opposition to expanding early voting, strengthening voter ID measures, increasing the use of secure drop boxes statewide, and making it easier for local election officials to administer elections — which is exactly what this bill does.” Just to stick it in a little, Kemp added, “The last time I flew Delta, I had to present my photo ID.”

So now Delta is being battered from all sides. What’s the lesson? The lesson is not that the company should be four-square in support of the new bill. It is not that it should be four-square against the bill. It is that corporations like Delta should try to stay out of hot political controversies. Delta is a passenger airline. It flies people around the country and the world. It flies Trump supporters. It flies Biden supporters. If flies everybody. Why not just stick to flying and stay out of politics as much as possible?