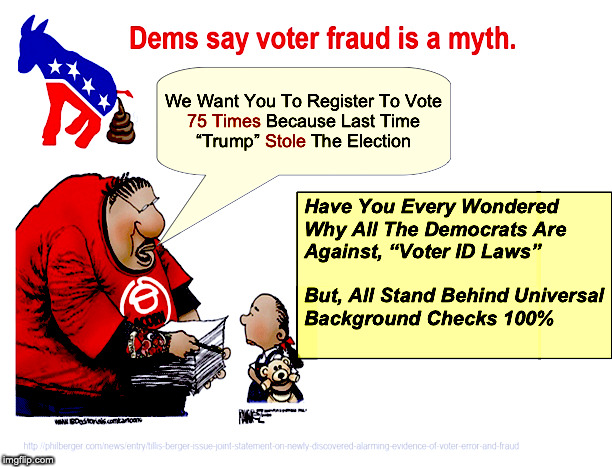 If election fraud is fully exposed, here are two Constitutional ways to eject Biden-Harris without the Supreme Court.

The massive, widespread voter fraud in the 2020 election appears to be in the process of finally being exposed. Several jurisdictions are making progress towards audits, and while we are not exactly hopeful that anything will come from it, one never knows. If awareness rises and calls come in for Biden-Harris to be replaced, here are two ways that could happen.
by JD Rucker April 10, 2021 in Election 2020, Elections, NOQ Report, Opinions, Podcasts, White House
If election fraud is fully exposed, here are two Constitutional ways to eject Biden-Harris without the Supreme Court
Share the truth

The vast majority of Trump-supporters who think (or know with a certainty) that the 2020 presidential election was stolen from Donald Trump have given up hope that the results can be corrected. We’re coming up on three months since Joe Biden was fraudulently inaugurated and became the current resident of the White House. Very few seem to be doing anything against this attack on our nation and the Constitution. Hope is practically non-existent for very obvious reasons.

There have been some pieces of good news in the last couple of weeks that make it seem like there’s still a chance, albeit extremely slim, that cases can finally be adjudicated in courts and brought forth to the public eye despite coordinated efforts for five months by Democrats, mainstream media, Big Tech, and even many Republicans to hide the fraud that occurred. For example, Granite Grok reported:

In a HUGE WIN for We, the People, and for New Hampshire election integrity, the NH Senate voted 24-0 just minutes ago to concur with the House amended version of SB43.

This Bill was championed by Senator Bob Giuda and will validate election integrity in our state by mandating a forensic audit on Windham’s 11/3/20 general election ballots and voting machines as configured on November 3, 2020.

The forensic audit will determine the huge discrepancy between the election day results and subsequent recount of Windham’s November 3, 2020, State Rep. race where a difference of 1,363 total votes from just 10,006 ballots was uncovered.

Most who are still fighting election fraud are doing so to prepare for the 2022 election. There is a strong belief that if the fraud is not exposed and allowed to continue forward, then Republicans will never win major close elections again. We will have permanent Democratic rule in the House, Senate, and White House, which will eventually translate to the judiciary. Meanwhile, state and local elections will be dramatically affected as well.

Another example of success that has been and continues to be hard-fought is in Maricopa County, Arizona. According to The Gateway Pundit:

The national Democratic machine is in panic mode over the Arizona Senate’s Maricopa County ballot audit. On Tuesday, the Democrats sent in national fixer attorney Marc Elias’s firm Perkins Coie to throw around threats and make the audit go away.

The stakes are astronomical for the Dems, after all the November 3, 2020 election steal gained them the presidency and control of both houses. The swing states in which the 2020 election steal occurred are key to uncovering the truth and proving the fraud in the election and Arizona is one of those states.

The Constitution does not offer a direct remedy for a situation in which a presidential election is deemed fraudulent after-the-fact. The Supreme Court may use its wide powers to fix things, but that seems very unlikely even with a so-called “conservative” lean in five of the nine Justices. If we learned anything in the last year or so, it’s that we cannot and must not rely on government or the judiciary to make things happen. They are heading in the wrong direction across the board. This is a nation of free people who must stand up.

Before we get to the two ways that this election can be corrected, let’s look at one more example from Bannon’s War Room:

The reason that these and other efforts are so important is because for the Biden-Harris administration to be brought to an end quickly, We the People will have to demand it. Some will say that even if a majority of Americans call on Biden-Harris to step down in light of revelations of massive voter fraud and a stolen election, they will not do it. I’m not so sure. I believe that if enough people get involved, the White House will be forced to make the choice to either step down or preside over the nation’s implosion. As much as I do not believe in Joe Biden’s or Kamala Harris’ moral compasses, I cannot imagine they would want to be the decimators of the greatest nation in the world.

Impeachment is a process that takes too long and shouldn’t be necessary. If the people are made aware of the stolen election and call for a proper resolution, we should not have to go through the impeachment process twice – once for Biden and once for Harris. The demands of the people would be more resounding.

If this long-shot scenario plays out and Biden-Harris agree to step down, it must be done in one of two ways. Otherwise, we will have the unacceptable scenario of President Nancy Pelosi. One way is for Harris to step down first and for Biden to appoint Trump as Vice President before stepping down. This may seem like the most direct path, but the necessity for Senate confirmation makes it actually slower than the second option. The one benefit to this path would be to allow an easier transition for the Cabinet and other White House staff.

The second path seems longer on the surface, but it could actually be resolved more quickly. Pelosi would have to step down temporarily as Speaker of the House and Trump would be voted in by Congress. Constitutionally, there is no requirement for Speaker of the House to be a sitting member of Congress. These two actions could be done in under 48 hours.

Then, Biden and Harris step down. The Speaker of the House, second in the presidential line of succession, would be elevated to president and the process of replacing the White House staff could begin immediately.

Yes, all of this is so highly unlikely it’s probably not even worth mentioning. But we’re in desperate times right now, which means we must consider all possibilities. Moreover, it’s important to alert as many people as possible to the voter fraud, even at this late date, for the sake of future elections as well as the one we just had. Bible-believers know that God is omnipotent. His will supersedes all others. Nothing is impossible with Him.

Like Lloyd (Jim Carrey) said in Dumb and Dumber when faced with a near impossibility, “So you’re telling me there’s a chance!” I’m not saying that. False hope is as bad as no hope at all. But, one never knows.