White Privilege Isn’t Real, an uncomfortable look at the facts and the truth.

The myth of white privilege says blacks are arrested and incarcerated at a higher rate due to systemic racism that exists in the law enforcement and court systems. However white privilege isn’t real, and we’re going to prove that institutional racism isn’t the cause, but the breakdown in the family unit and uneducated people who make bad life choices are the real causes of the problem.

Is the US Criminal Justice System Guilty of Systemic Racism against Blacks?

The myth of white privilege says that the police and the court system in the United States is guilty of systemic racism and bias and unfairly arrests and prosecutes blacks. Fortunately, there is an easy way to prove this isn’t true by looking at the population and crime records of another developed first world county that doesn’t have any of the biases the US system is accused of. Looking at the ethnic breakdown of the United Kingdom (England) we can see that blacks makeup 2.8% of the population. (The ethnic population of England and Wales broken down by local authority / archive) 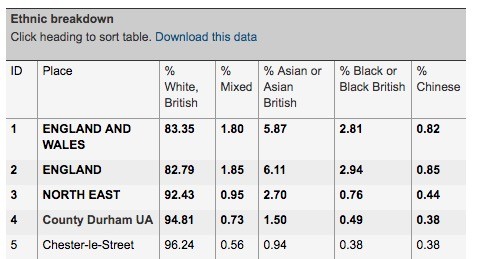 The UK Government doesn’t provide a table of data the way the FBI does, they only present a graph, however by looking at it you can see the crime statistics are almost an exact match for the US statistics. The top graph is a representation of the total population, and blacks are represented by the small light blue sliver. The next line represents arrests, and you can see the light blue sliver is much bigger here, almost three times as big. The next line which represents convictions and the light blue sliver representing blacks is again almost three times the size of the first line. (Statistics on Race and the Criminal Justice System 2014 / archive)

When we eliminated the US Justice System, which is accused of giving whites privilege and having a systemic racial bias, blacks still committed crimes disproportionally higher than their percentage of the population. The disproportionate rate that crimes are being committed in the US is almost identical to the rate it is in the UK, proving there is no bias in the US Criminal Justice system.

Why Are Blacks More Likely to Become Criminals

Systemic biases or institutional racism isn’t what’s creating this situation. Black men and women who are engaging in sexual activity, without using birth control, and getting pregnant are the people responsible for creating the problem. Black males who create children, don’t get married, and abandon their parental responsibilities are the people who take a bad situation and keep it from getting any better. The system isn’t to blame, the black people involved are.